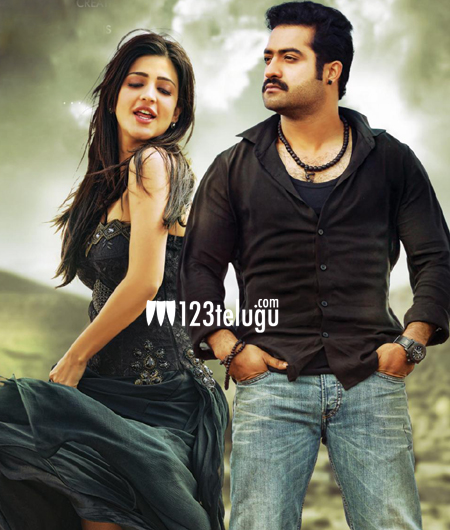 Young tiger NTR and director Puri Jagan’s film has already gone onto the sets a while ago and some fight sequences have also been shot.

According to sources, the filmmakers are planning to rope in Shruti Haasan for a special song and it is also heard that the actress has even agreed for it. This beauty recently sizzled in a special song in Mahesh Babu’s ‘Aagadu’ and stunned everyone with her moves.

The film is going to be produced by Bandla Ganesh and Anup Rubens is the music director. Kajal Aggarwal will be seen as the heroine in this film in which NTR plays a police officer.