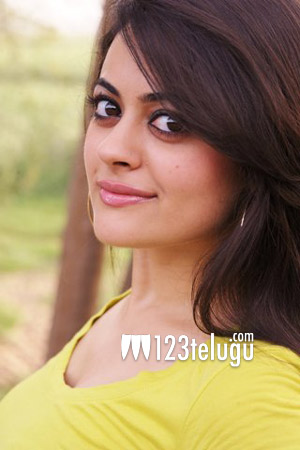 Punjabi beauty Shruti Sodhi is making her debut in telugu opposite Kalyan Ram in Pataas. The news of Kalyan ram playing a dynamic police officer is already doing the rounds, the latest update is that Shruti Sodhi will be playing a journalist in the movie. Speaking to the press, Shruti had this to say ” This is my first movie is telugu and initially I took time to adjust to the language. However with the support of Kalyan Ram and Anil, I could develop well as the movie progressed”.

90% of the shooting of the movie is finished and the makers are planning to release the movie in December itself. Anil Ravipudi is the director and Kalyan Ram himself is the producer.