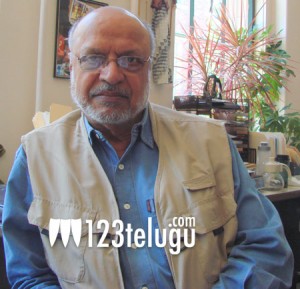 Critically acclaimed director and one of the doyens of parallel cinema in India, Shyam Benegal is going to be conferred with the prestigious ANR National Award this year. Shyam Benegal had made several award winning films like Ankur, Nishant, Manthan, Bhumika and Mandi. He has already been conferred with titles like Padma Sri, Padma Bhushan and for the year 2005, he was given the Dadasaheb Phalke Award. He also directed a Telugu film titled Anugraham which had Vani Sri in lead role.

At a press meet held earlier today in Annapurna Studios, Akkineni Nageshwara Rao and T Subbarami Reddy announced that Shyam Benegal is going to be conferred with ANR National Award on January 27 in Hyderabad. The award was instituted by Akkineni International Foundation in 2005 to honour those who had dedicated their life to cinema. In the past, Hema Malini, Balachander, Vijayanthimala, Dev Anand and Lata Mangeshkar had received this award.