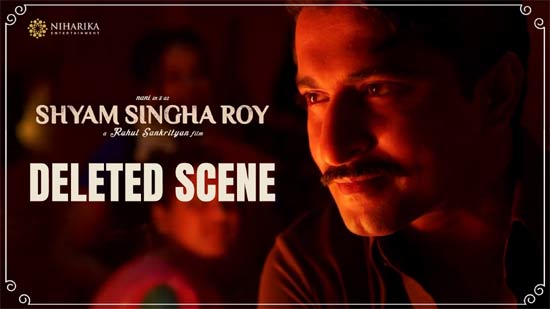 A day after its digital debut, Niharika Entertainment, which bankrolled the movie, released a deleted scene on YouTube. Nani is seen reading poetry in a whorehouse. One of the prostitutes sarcastically asked him if he is interested in marrying her. Having no confusion, the actor replied that he will marry her once he starts loving her wholeheartedly.

The 40-sec-long deleted scene is impressive and it is unclear what made the makers remove it in the theatrical and OTT versions. It is expected that a few more deleted scenes will be uploaded soon.

Directed by Rahul Sankrityan, the movie has Krithi Shetty, Madonna Sebastian and others in prominent roles.