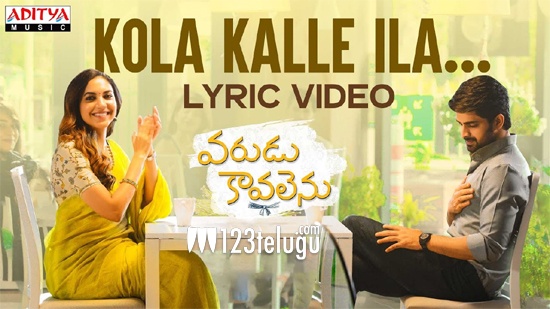 Kola Kalle Ila is a melodious love song and it’s a great combination of mesmerizing vocals, music and lyrics. Rambabu Gosala he penned the lyrics, while Vishal Chandrasekhar has composed the song. Shaurya and Ritu Varma look like a perfect pair on the screen.

Varudu Kaavalenu’s shooting is currently under progress. Debutant Lakshmi Soujanya is directing the movie and Naga Vamsi is bankrolling it under Sithara Entertainments banner.