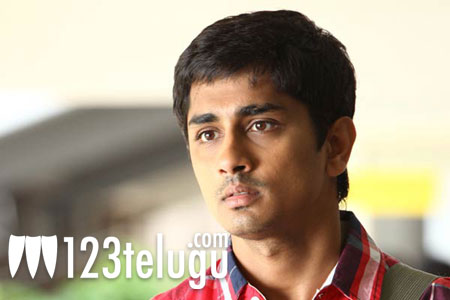 Siddharth is known for being extremely vocal about his thoughts on various issues and this time he has vented his frustration over the functioning of censor board. “In a scene in my next film, my character mentions lawyers taking bribes and fake swamijis committing fraud. The censor board has cut them out!,” he revealed on Twitter.

He also opined, “Unless film makers unite and refuse to screen films until a sensible set of rules is laid down for censorship, the silliness will not end! As always, attacks on and curbing of creative expression are seen as problems of the individuals facing them. Not as a systemic problem. Sad.”

Several filmmakers had expressed their displeasure over some decisions taken by censor board and Siddharth is the latest celebrity to voice his opinion on censor board. He’ll soon be seen in Nandini Reddy’s Jabardasth in which he’ll be seen in a comedy role. Directed by Nandini Reddy, the film is expected to release on February 22.