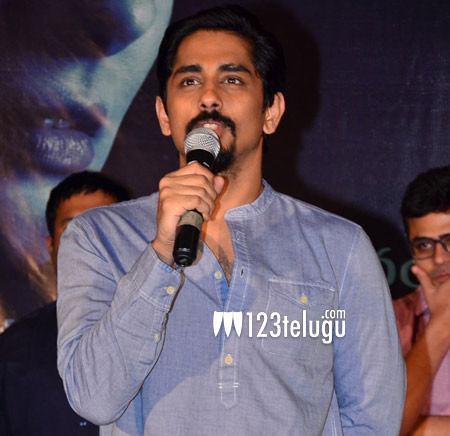 Hero Siddharth is all set for his comeback to Tollywood with a spine chilling horror thriller titled Gruham. The film is releasing on November 3. Last night, Siddharth and the film’s team flew down to Hyderabad to take part in the film’s pre-release event.

Speaking at the event, Siddharth said that he had arranged a special screening of the film for around 200 people and that they have given the film a thumbs up. Interestingly, Bollywood star and Siddharth’s Rang De Basanti co-star Aamir Khan follows the same strategy and screens all his movies to several random people so that he can make changes to the film based on their feedback.

Siddharth himself has produced the movie, apart from co-scripting it over a period of 4 years. Gruham is based on a real story. The film has been directed by Milind Rau. Andrea Jeremiah is the film’s leading lady.