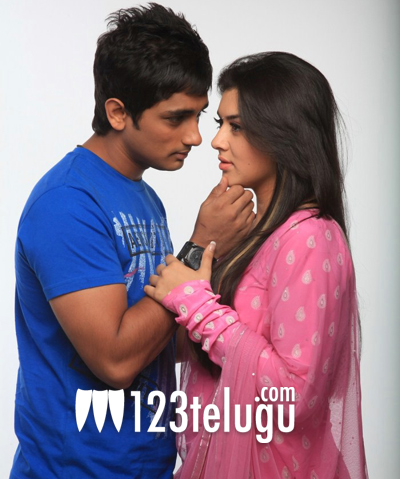 Siddharth and Hansika have joined the sets of their upcoming Tamil film Theeya Vela Seiyaanum Kumaru. The film’s shooting recently began in Chennai. Sundar C is directing the film and Siddharth, Hansika are playing the roles of IT professionals. Ganesh Venkatraman, who was last seen in Damarukam, is playing the other lead role in this romantic comedy. Santhanam is playing a crucial role. Incidentally, this is the second film that Siddharth and Hansika are teaming up for after Oh My Friend. Kushboo is producing the film.

Meanwhile, Siddharth’s upcoming Telugu film Jabardasth is gearing up for release. Samantha and Nithya Menen have played the lead roles in this romantic entertainer. Hansika, on the other hand, has Singham 2, Biriyani, Vaalu, Vettai Mannan and an untitled film with Manchu Manoj lined up for release later this year.