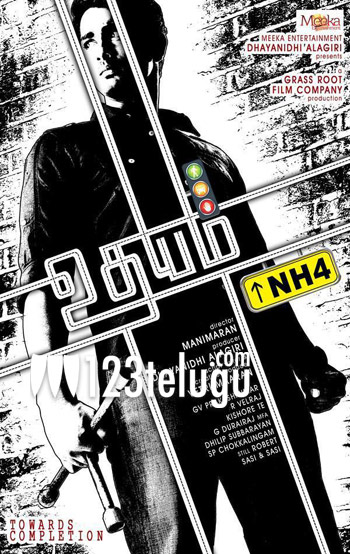 Siddharth will soon be seen in an action thriller titled Udhayam – NH4. Incidentally, it’s his first action film and the actor is quite excited already. The film has been directed by Manimaran and critically acclaimed director Vetrimaaran has written the script. Ashrita Shetty is playing the lead role opposite Siddharth. “Siddharth has given a new dimension to the film with his composed performance,” Vetrimaaran said on Twitter. Most part of the film was shot on national highway 4, Chennai and Bangalore. G V Prakash has scored the music. The film will be released in Telugu and Tamil later this summer. Meanwhile, Siddharth’s next Telugu film Jabardasth is in the last stages of post production. Nandini Reddy has directed the film and it also stars Samantha and Nithya Menen. The film will hit the screens in February.