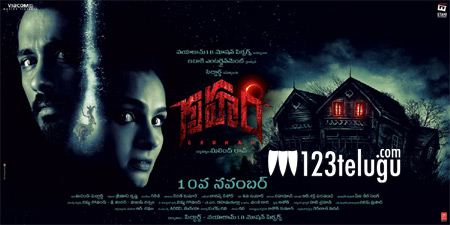 Talented actor-filmmaker Siddharth is all set to make his comeback in Tollywood with a spine chilling horror film titled Gruham. Siddharth himself has produced the movie, apart from co-writing its script. Gruham is based on a real story. The film’s Tamil original, Aval, released last Friday and was declared a critical and commercial success.

As per the latest updates, Gruham will be released on November 10. Andrea Jeremiah is the film’s leading lady and Atul Kulkarni will be essaying a crucial role. The Hindi version also releases on November 10. Mani Ratnam’s protege Milind Rau has directed and co-written the film.