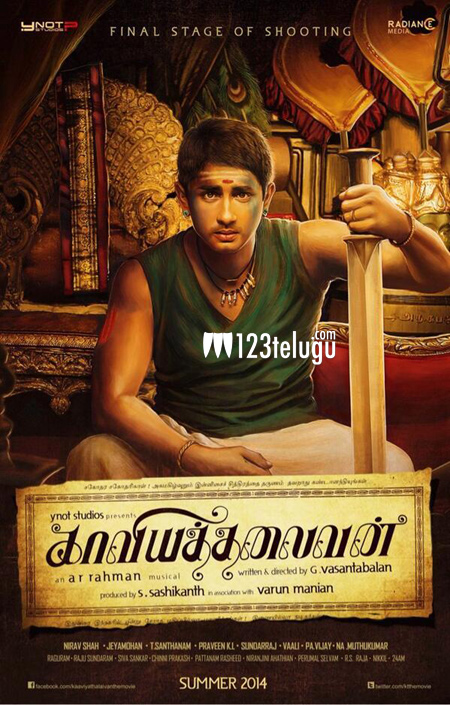 Talented hero Siddharth, has been off the radar from quite some time now. He is currently busy with two of his Tamil flicks. The latest film which he is working on is the Vasanta Balan film Kaaviya Thalaivan.

Currently the film is in the last phase of shooting, and it will be dubbed in Telugu as well. According to the latest update, Kalakarudu has been chosen as the title of the Telugu version.

Set in the pre-independence era, this film also stars Prithvi Raj, Vedhika and Naseer. A R Rahman composes music, and the movie is all set to hit the screens in July.