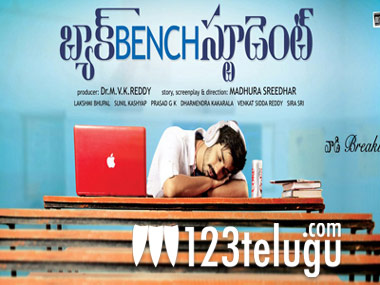 Madhura Sreedhar’s upcoming film Backbench Student is going to feature a remix of Jagada Jagada, a popular song from Nagarjuna starrer Geethanjali. Ilayaraja had composed the music for that evergreen romantic film. For the remix, when Madhura Sreedhar was thinking of an appropriate singer, the film’s hero Mahat Raghavendra suggested Tamil actor Simbu’s name.

Since Mahat is a good friend of Simbu, the latter immediately agreed to lend his voice for the remix. Moreover, Mahat also managed to convince hotshot music director Anirudh Ravinchader (Kolaveri Di fame) to sing the title track in the film. No wonder Madhura Sreedhar and Mahat are delighted with the development since Backbench Student is being simultaneously made in Telugu and Tamil.

Piaa Bajpai and Archana Kavi are playing the lead roles opposite Mahat in this romantic comedy. MVK Reddy is producing the film. Sunil Kashyap has composed the music and Prasad G.K. is the cinematographer.