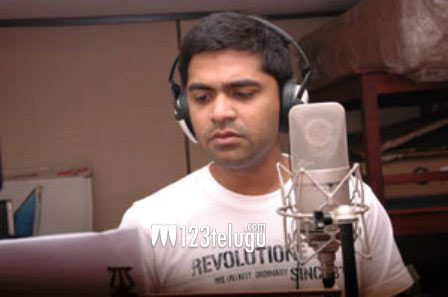 The buzz surrounding NTR’s upcoming film Baadshah is getting bigger and better as its release date inches closer. Directed by Sreenu Vaitla, the film has NTR and Kajal in lead roles and Navdeep is playing an important role. The film unit is currently in Switzerland where a song is being canned on NTR and Kajal. Bandla Ganesh, the film’s producer, is planning to launched the film’s audio on March 10.

Now the music director Thaman has revealed another interesting aspect about the film’s audio. Tamil actor Simbu has sung one of the songs in the film. This peppy song is titled as ‘Diamond Girl’ and Thaman is quite happy with the way the song has turned out. Baadshah is a full fledged action entertainer which has been written by Kona Venkat, Gopi Mohan, along with Sreenu Vaitla. The film will release on April 5.