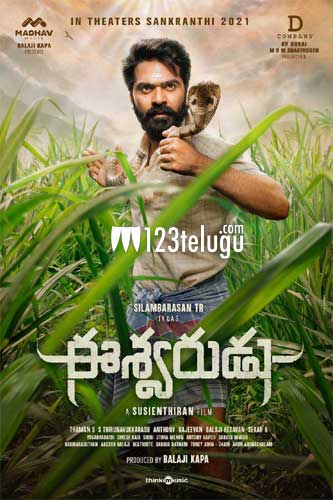 Tamil star Simbu seems to be keen on strengthening his fan base across the twin Telugu states. The actor has signed a new film which will be releasing in Tamil and Telugu simultaneously. Titled Eswarudu (Eeswaran in Tamil), the film had its first look launched this evening.

Eswarudu will be directed by Naa Peru Siva’s director Suseenthiran. Going by the first look, the film will be an out-and-out rural action entertainer. Madhav Media banner is bankrolling the project. Thaman will be composing the music. The film will be released during the upcoming Sankranthi festive season.