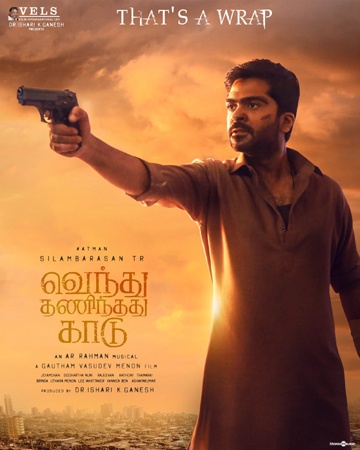 Successful director, producer and actor, Gautham Vasudev Menon, has joined hands with the star actor Simbu for the third time for Vendhu Thanindhathu Kaadu. The movie has the music of the famous music director AR Rahman.

The movie has made the headlines again and the news is that the flick has wrapped up its entire shoot. A striking action poster has been released by the makers to announce the same.

Siddhi Idnani is playing the love interest of STR in this movie. Senior actress Radhika Sarathkumar, Siddique, Neeraj Madhav, Aangelina Abraham and others are also a part of this movie. Produced by Dr. Ishari K Ganesh under the VELS Film International Limited banner, the rural action thriller is likely to release in theaters in June 2022.