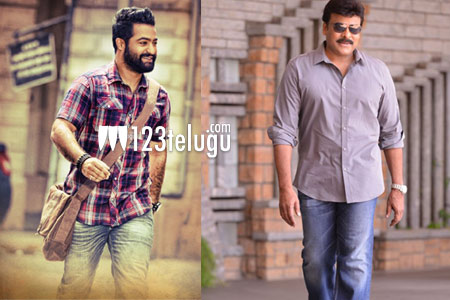 Megastar Chiranjeevi and Young Tiger NTR have enjoyed good relations over the years. There is one interesting sentiment that is now becoming a hot topic in movie circles.

Now 13years later, the same scene is repeating again. An item song from NTR’s Janatha Garage is being shot at Nanakramguda and on the same premises, important scenes from Chiranjeevi’s 150th movie are being shot.

Let’s hope both movies go on to become blockbusters for the superstars once again.