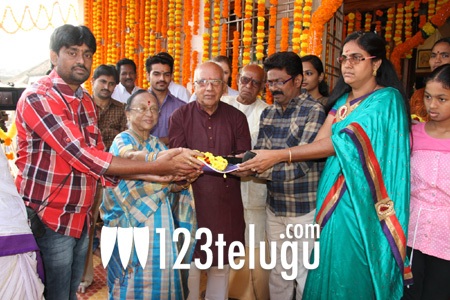 Singeetham Srinivasa Rao, one of the most talented and visionary directors of Telugu Cinema, has started work on his next film. The movie has been titled ‘Welcome Obama’ and it is said to be a comedy entertainer with a good dose of sentiment. The movie’s muhurtam function was held quietly today in Korumamidi, a small village in West Godavari.

The movie is being produced by S. Bharathi Krishna and S.S.Darshan is the cinematographer. Singeetham Srinivasa Rao directed some landmark films like ‘Vichitra Sodarulu’, ‘Pushpaka Vimanam’, ‘Aditya 369’, ‘Bhairava Dweepam’ etc.

The film is going to be shot in Korumamidi until March 2nd and the subsequent schedules will be shot in Mumbai and Hyderabad.