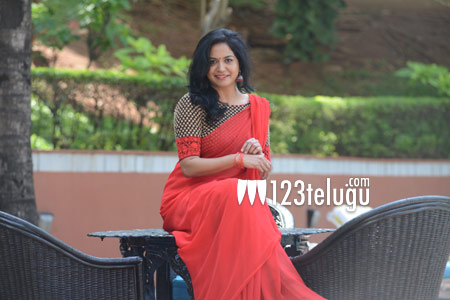 Versatile singer, Sunitha has been in the industry for over 15 years now. She has not only sung some hit songs but has already dubbed for a number of films in her career.

Now, the interesting aspect is that Sunita has completed her 750th film as a dubbing artist with the recently released hit film Gautamiputra Satakarni. Sunita dubbed for Shreya in the film who played the role of Vasisiti Devi.

Sunita is not only balancing her singing career with her dubbing but is also a top name in the reality TV shows in both the Telugu states.