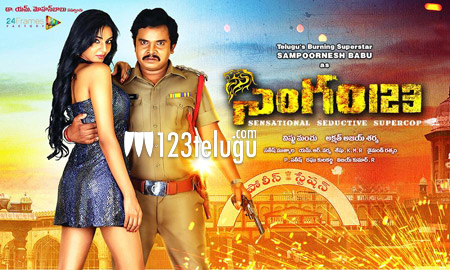 As expected, Sampoornesh Babu’s Singham 123 opened to some packed houses all over the Telugu states of Andhra and Telangana. Even though the film released amidst two other movies, the Vishnu Manchu production venture managed to draw in huge crowds.

Interesting aspect is that the film saw superb openings from the single screens in the small towns as well. Dialogues are said to be the highlight of this flick and the funny story line which has been penned down by Vishnu, is getting a huge applause from the audience.

Manchu Vishnu produced this flick under his 24 Frames Factory banner.