Siri along with boyfriend Srihan meet anchor Ravi
Published on Feb 6, 2022 12:00 am IST 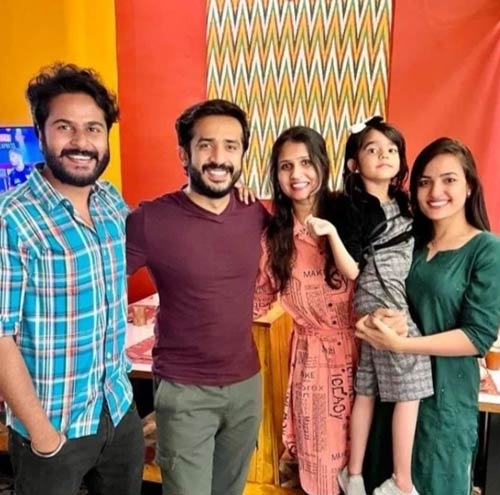 Siri Hanmanth made a lot of noise in the Bigg Boss 5 house. Thanks to her closeness to Shanmukh Jaswanth, the latter had to break up with his girlfriend Deepthi Sunaina in a bad way.

But now, Siri is quite happy in her own space and is spending time with her boyfriend Srihan. The other day, Siri and Srihan even met anchor Ravi of Bigg Boss 5 fame and spent some cozy time with his family. Siri got close to anchor Ravi on the show and treated him as a brother.

The picture has now gone viral on social media. Siri has not announced any project or is seen on TV post her exit from the show. For now, she is happy spending her ‘me time’.