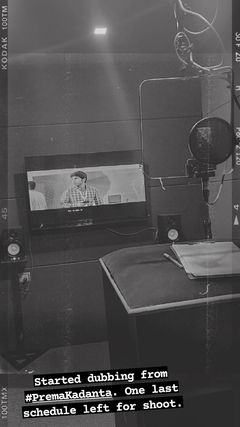 Hero Allu Sirish has been releasing a series of pictures and videos of his impressive physical transformation for the last few months. On the movies front, he will next be seen in a romantic entertainer titled Prema Kadanta. The film also features young Malayalam beauty Anu Emmanuel as the female lead.

Sirish took to Instagram earlier today and posted a picture from the dubbing studio. The actor said that he has commenced dubbing for Prema Kadanta and went on to say that only one schedule is left before the entire shoot is wrapped up. The film’s first look poster had received a decent response upon its release around a month ago.

Prema Kadanta is being directed by Rakesh Sashi and produced under GA2 Movies and Shri Tirumala Productions Pvt. Ltd. banners. Anup Rubens and Achu Rajamani are composing the music. 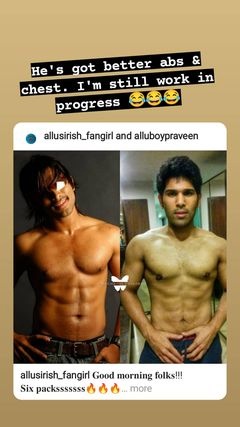