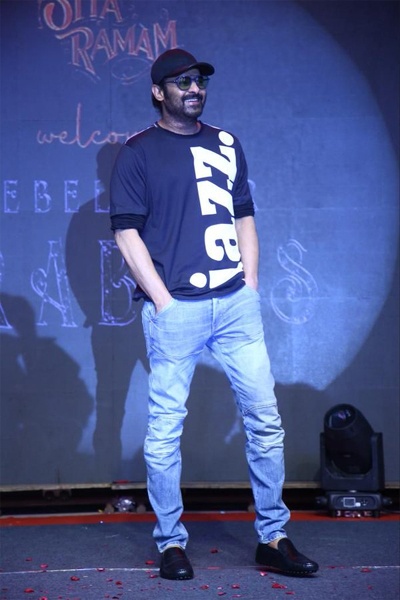 Pan-India actor Prabhas attended the grand pre-release event last night in Hyderabad. Fans are quite happy watching their favourite actor in a public event after a long time. Everyone has fallen in love with the actor’s new look.

Prabhas likes to be so simple and wears casual outfits. However, his simple look at the Sita Ramam’s event awed fans and many of them loved the black t-shirt he wore. The t-shirt designed by Dolce & Gabbana (D&G) costs around Rs. 20,000. Some fans have noticed that he wore the same t-shirt back in 2017.

Coming to Sita Ramam, the flick has Dulquer Salmaan and Mrunal Thakur as the lead pair. Rashmika Mandanna played a pivotal role in this romantic period drama, which also has Tharun Bhascker, Sumanth, Prakash Raj, Gautham Vasudev Menon and others in key roles. The Hanu Raghavapudi directorial is releasing in theaters tomorrow.