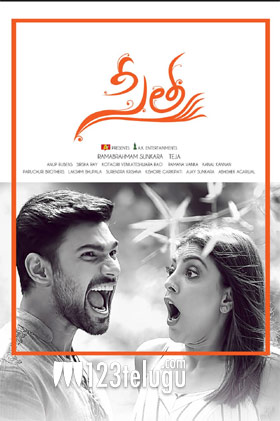 Sita is one Teja film which everyone is eagerly looking forward to. The film has Kajal and Bellamkonda Srinivas in lead roles and is a female-oriented romantic drama.

The film was supposed to release on the 25th of April and now the latest we hear is that the film likely to be postponed. The gossip reveals that as some of the shoots are yet to be done, there will be a delay in the release of the film.

This film is quite key for Teja and Bellamkonda Suresh to prove themselves in Tollywood.