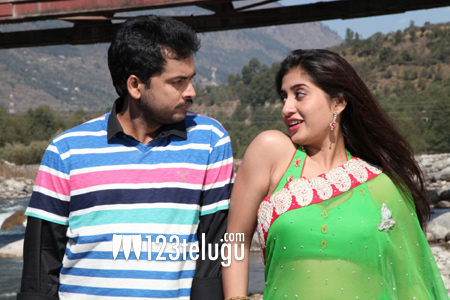 Sivaji is one hero who has been doing films continuously in his long career. He has also played character roles in few of the big ticket films and has also got a good recognition for his work as a dubbing artist.

After a brief hiatus, Sivaji is getting ready with his next film titled ‘Chinukula Kurisave’. Two songs were recently shot in exotic locations in and around Kulu Manali under the choreography of Pradeep Anthony. The next schedule of the movie will start from 6th of November in Kakinada. This movie is expected to be a cute love entertainer and the characterisation of hero will be different and is expected to be one of the major attractions of the movie.

Anisha Singh is paired opposite Sivaji and Koothani Venkata Narayana is the director of the film. Mallipudi Baba Meher Prasad is producing this film and Venkat Sai Suresh is composing the music.