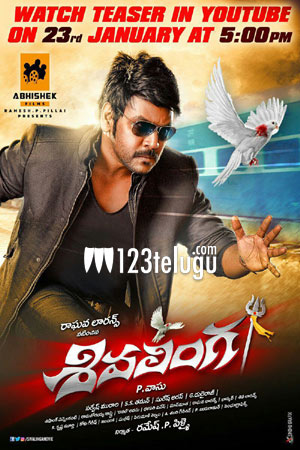 Following the monstrous success of his previous movie, Ganga, choreographer turned director Lawrence is gearing up for the release of his next movie, a thriller titled Sivalinga. Expectations are quite high on this project thanks to Lawrence’s success streak.

After the film’s Tamil teaser gained appreciation, the makers of Sivalinga’s Telugu version are going to unveil the teaser on 23rd Jan at 5 pm. Directed by P Vasu, Sivalinga has been produced by Abhishek Films. The film has Guru actress Ritika Singh as its heroine.