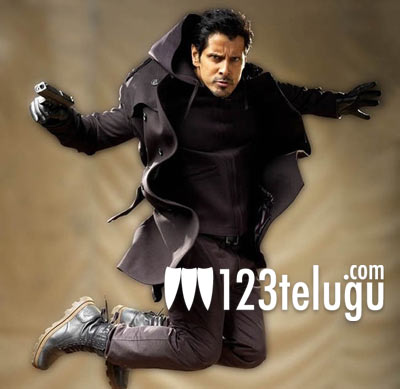 Tamil star Vikram is all set to appear with glamour girl Anushka in ‘Sivathandavam’, which will hit the silver screen on the 28th of this month. In this movie, Vikram will portray the character of a blind person who can navigate his surroundings and reach his destination using sound. The actor has received special training from a visually challenged person who specialized in this art. Major sequences for the movie were filmed in London. Vikram is expecting the movie to make a good impression at the Box Office and he feels that the movie will be very impressive.

A.L. Vijay is directing this movie and the producer is C. Kalyan. Preparations are being made to release this movie simultaneously in Tamil and Telugu languages.The producer said “We will bring the movie in front of the audience on the 28th of this month. Audio will be released very soon, and the music director is G.V. Prakash Kumar who did a great job”. Amy Jackson and Lakshmi Rai will be providing additional glamour for the movie. Jagapathi Babu is going to be seen in a key role.