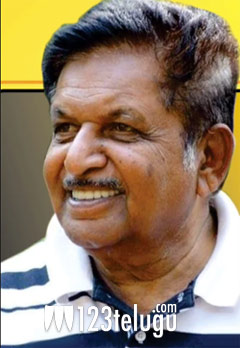 Noted Telugu director KNT Sastry passed away in Hyderabad this morning. He was 70. He had directed several critically acclaimed arthouse movies in Telugu and Kannada and won 6 national awards and Nandi awards. His movies were screened and won awards at various reputed international film festivals.

KNT Sastry was well-known for his movies like Thilaadanam, Kamli, Surabhi, Snehanveshana and Snehe Geethe to name a few. His last film is Shaanu, which he completed recently. Sastry was also the recipient of the national award for Best Film Critic in 1989.