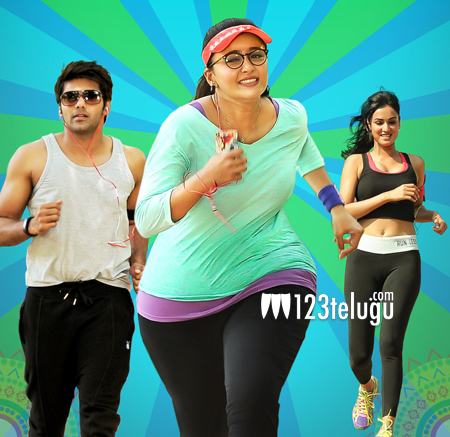 Gorgeous beauty Anushka’s upcoming film, Size Zero, is gearing up for the grand release on October 2nd. The fascinating first look posters have increased the buzz on this romantic entertainer. The first teaser of the film was unveiled a few days ago to a thumping response from the audience.

The teaser has already clocked a record 2 Million hits in YouTube, reflecting the humongous craze on this bilingual entertainer. The quirky story-line coupled with Anushka’s enticing looks have became a talk of the town and made the teaser create a storm in YouTube.

Tamil actor Arya and Sonal Chauhan are playing crucial roles in the film. Prakash Kovelamudi is the director and M.M Keeravani is the music composer. PVP Cinema banner has produced it.