Size Zero’s script compelled me to direct the film: Prakash Kovelamudi
Published on Nov 2, 2015 10:10 am IST 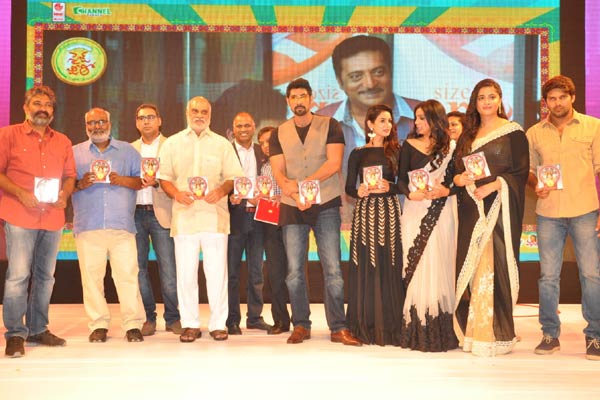 The audio album of Anushka’s Size Zero was unveiled last night. Director Rajamouli was the chief guest at the event. Speaking on the occasion, the film’s director Prakash Kovelamudi first thanked his wife and the film’s script writer Kanika Dhillon Kovelamudi. Speaking further, Prakash said that he usually likes films of the fantasy genre and that when his wife narrated him Size Zero’s script, he was compelled to direct it.

Prakash thanked the film’s producer PVP for backing him in making a different yet a pleasant film with such a huge budget and star cast. The director then thanked his entire crew and especially heaped praises on the film’s heroine Anushka. Lauding Anushka’s dedication, Prakash revealed that it was Anushka herself who told him not to use prosthetic makeup and that she even put on a lot of weight to look her character of a plump girl in search of love.

Size Zero’s music was composed by MM Keeravani and the film will be released big on 27th November in Tamil and Telugu.