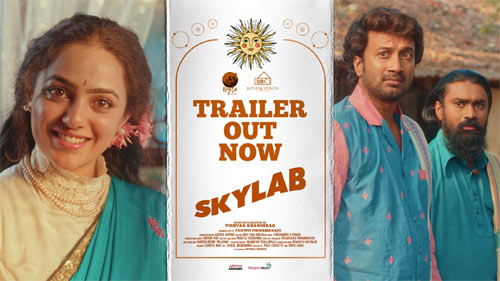 Satyadev always does some very interesting films in his career. Next in line is a film called Skylab which is being produced and acted by Nithya Menon.

The trailer has been released and it has impressed one and all. The film is a period drama and the trailer showcases the subtle comedy in a good way.

The way three characters played by Satyadev, Nithya Menen, and Rahul Ramakrishna are connected through the aspect of skylab raises curiosity.

The village visuals and drama looks neat and has set the ball rolling for this film. Skylab is directed by Vishvak Khanderao and he penned the story based on real events.