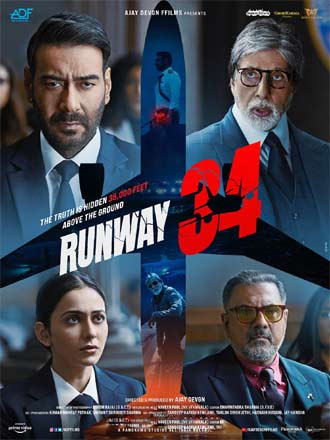 Off late, things have changed so much that films that have flopped on the big screen are being appreciated on OTT. The same has happened with Ajay Devgan’s Runway34.

The suspense drama was supposed to have a direct OTT release post the second wave of Covid. But as things fell in place, Ajay Devgan decided to have a big-screen release.

Sadly, the film did not find any takers and was out within a week. Now, Runway34 is streaming on Amazon Prime from the last few days and has been getting a solid response.

In fact, the film was even trending on social media for a few hours. So many positive comments are being made that this film is a must-watch and Ajay Devgan has done a solid job with his acting and direction.

Runway 34 also had Amitabh Bachchan and Rakul Preet playing other lead roles. The film is about a pilot who is put in a tense situation of handling an emergency landing at the airport.