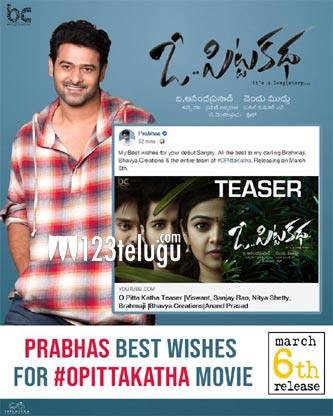 Earlier, even Superstar Mahesh Babu, Rana, and Trivikram participated in the film’s promotions. Now, the new star to join the list is none other than Rebel star Prabhas.

On his FB page, Prabhas posted ” My Best wishes for your debut Sanjay. All the best to my darling Brahmaji, Bhavya Creations & the entire team of #OPittaKatha. Releasing on March 6th”.