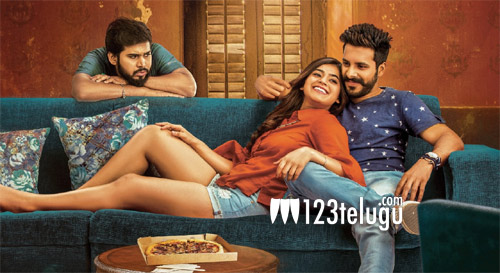 Director Maruthi’s latest film, Shailaja Reddy Alludu, has had a solid first weekend at the box-offices worldwide. Released on Vinayaka Chavithi, the film has collected close to 25 crores in 4 days. And now, a small film which is made with the concept penned by Maruti is gearing up for its release.

Maruthi has written an interesting concept for the upcoming romantic comedy, Bhale Manchi Chowka Beram. The film is slated to be released on October 5. Naveed, Kerintha Nooka Raju and Narthanashala actress Yamini Bhaskar are the main leads in the movie. Murali Krishna is the director and Satish Kumar is the producer. Noted producer Radhamohan is presenting the movie.