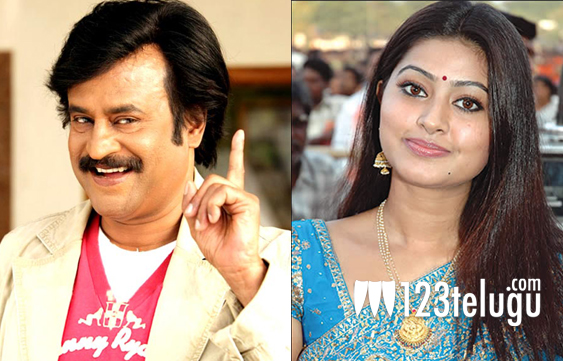 We had reported earlier that Sneha is going to play Rajinikanth’s sister in the latter’s upcoming 3D film Kochaadaiyaan to be directed by Soundarya R Ashwin. The latest news in Kollywood is that Sneha has walked out of the film citing date issues. Since the principal shooting of the film hadn’t begun, Soundarya R Ashwin and Sneha parted ways amicably. Rukmini, who was last seen in a film titled Ananda Tandavam, has been signed up for the role. The film is already making waves for its cast which also includes Deepika Padukone, Aadhi, and Jackie Shroff. A R Rahman is composing the music and K S Ravikumar has written the story.