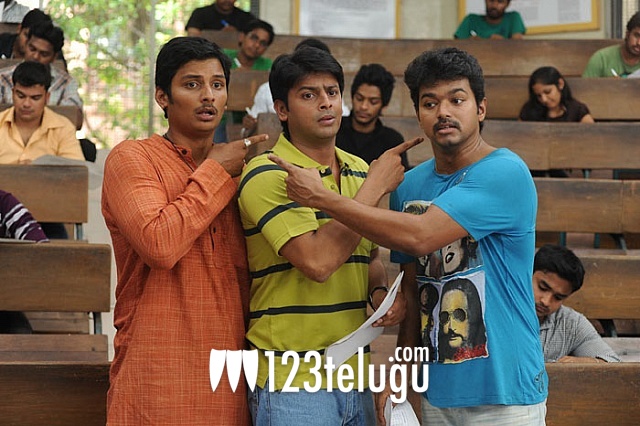 ‘Snehithudu’, the Telugu dubbed version of the superhit Tamil film ‘Nanbaan’, will celebrate its audio launch fucntion in a grand way at Shilpa Kala Vedika on the 19th of this month. The movie has released in Tamil for Sankranthi and it became a massive hit. Vijay, Jiva and Sriram are playing the male leads while Ileana is the heroine. The movie is an official remake of the Bollywood blockbuster ‘3 Idiots”. Ace director Shankar directed this movie.

Several celebrities from the Telugu ,Tamil and Hindi film industries are expected to attend this event. Aditya Music is launching the audio into the market. Dil Raju has bagged the rights for the Telugu release and there is a good buzz in the market for this movie.