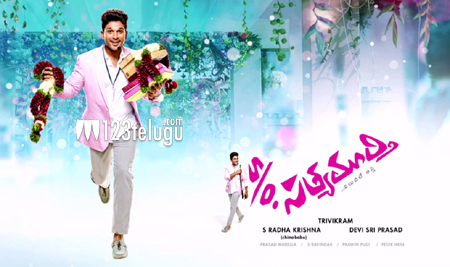 Despite releasing to mixed reviews and average word of mouth, Stylish Star Allu Arjun and Trivikram’s latest offering, S/O Satyamurthy, utilized the summer advantage to the fullest by attracting the family audiences in huge numbers. The film is still doing decent business in select screens across the Telugu states.

As per the trade reports, S/O Satyamurthy is all set to join the much celebrated 50 crore club by tomorrow. This will be Allu Arjun’s second straight 50 crore film, following his blockbuster Race Gurram. Already, the film made a breakeven for distributors in several areas and it will end up as an average fare in a few areas.