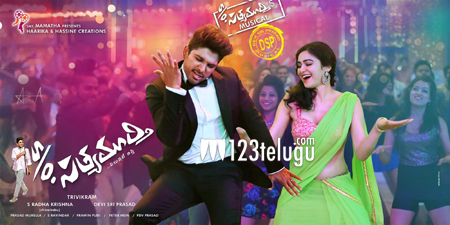 A short while ago, we reported that the Allu Arjun starrer, S/O Satyamurthy is undergoing its censor formalities. According to the latest update, the film has received an U/A certificate from the censor board.

With this, all the basic formalities are completed and the film is set for a massive release on April 9th. Devi Sri Prasad scores music for this film and K Radha Krishna is the producer.