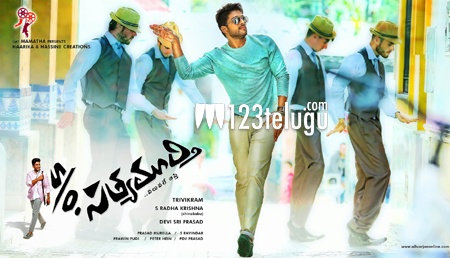 It is well known that Stylish Star Allu Arjun has a tremendous fan base in Kerala. Today, the Malayalam dubbed version of Allu Arjun’s latest family entertainer, ‘S/O Satyamurthy’, will release in Kerala. Couple of days ago, Allu Arjun and Adah Sharma took part in a promotional event in Kochi, which attained immense craze from Bunny’s Malayali fans.

Releasing in close to 70 screens, ‘S/O Satyamurthy’ has a lot riding on it since Allu Arjun’s last film ‘Race Gurram’ was a thumping success and grossed more than 2.5 crores with its Malayalam version. Whether Bunny will be able to surpass his own record will be watched closely by fans and trade analysts.

Bunny’s next in Boyapati Srinu’s direction is in pre-production stage and the film will be launched soon.