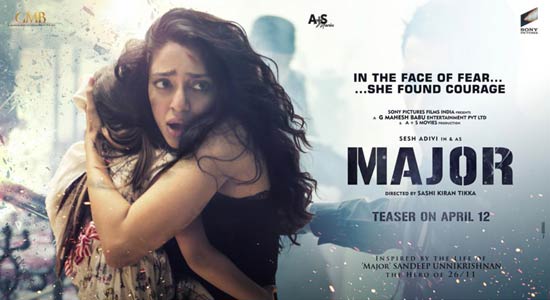 The makers of Adivi Sesh’s much-awaited pan-India biopic, Major, today unveiled the first look poster revealing the first look of the film’s leading lady Sobhita Dhulipala. The Bollywood actress plays an NRI hostage trapped at the Hotel Taj in this action thriller based on the 26/11 Mumbai terror attacks.

Recently, Major’s team released the first look poster revealing Saiee Manjrekar’s look. The film’s teaser will be out on April 12. Sesh plays martyr Sandeep Unnikrishnan in the movie. Major is being made in Hindi and Telugu and it will have a pan-India release on the 2nd of July 2021.