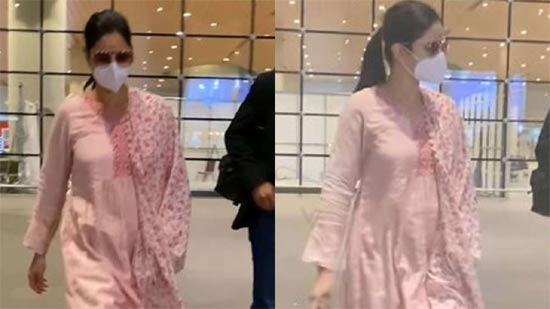 Katrina Kaif married actor Vicky Kaushal a few months back and the fans were so happy. Katrina was also seen holidaying with her hubby in the Maldives and snaps went viral a few days back.

Now, social media is filled with gossip that Katrina Kaif is pregnant. An image of Katrina dressed in an Indian outfit has gone viral and rumors are out that she is pregnant.

Though there is no confirmation and it is mere speculation, this news has caught on all over and is spreading thick and fast. We need to see if this news turns out to be true or false.