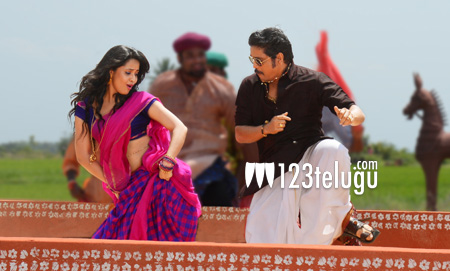 The regular shooting of Akkineni Nagarjuna’s Soggade Chinni Nayana is nearing completion. As per the latest update, the film’s shoot has been wrapped up barring a few days of patch work. Touted to be a socio-fantasy thriller, the film is being directed by debutante Kalyan Krishna.

Ramya Krishna and Lavanya Tripathi are playing the female leads in the film. Nagarjuna’s home banner Annapurna Studios is producing the film. P.S Vinod is the cinematographer and Anup Rubens is scoring the soundtrack.

The film is slated to release by the end of this year. On the other hand, Nagarjuna’s bilingual film, Oopiri, is also getting ready to release soon.