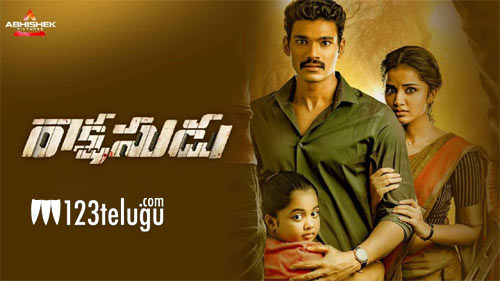 Young hero Bellamkonda Sai Sreenivas is gearing up for the release of his upcoming action thriller, Rakshasudu,l. This official remake of the Tamil hit, Ratchasan, has young Malayali beauty Anupama Parameswaran as the female lead.

Sai’s movies have quite a decent market in the North. Thanks to his popularity, Rakshasudu is getting some solid business deals from all over. As per the latest updates, Rakshasudu’s Hindi dubbing and Telugu satellite rights have been sold for a whopping Rs 12.5 crores and Rs 6 crores respectively. Popular Telugu entertainment channel Gemini TV has acquired the satellite rights.

Rakshasudu is directed by Ramesh Varma and produced by Koneru Satyanarayana. Noted producer Abhishek Nama is releasing the film worldwide. Ghibran has scored the music.