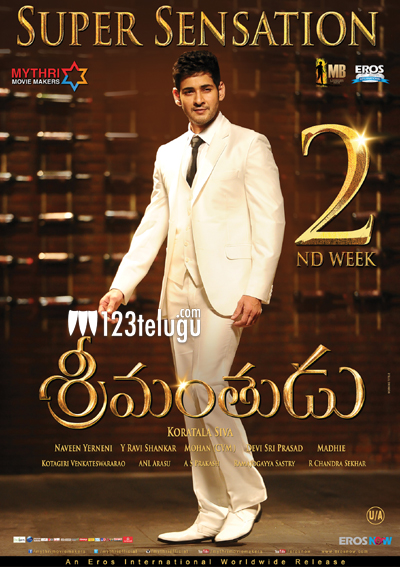 Prince Mahesh Babu’s latest outing Srimanthudu, which released a week ago, is taking box office by storm with superb collections. Directed by Koratala Shiva, the movie has Shurti Haasan as the film’s leading lady.

The movie is continuing its phenomenal run in all overseas areas. The first weekend collections have packed a punch at the US box office and the solid run has continued till the end of first week. It is believed that the collections are slated to improve in the second weekend and trade analysts predict that the movie could collect a share close to the three million mark in its long run. The film is now second in the list of top grossing Tollywood movies in overseas.