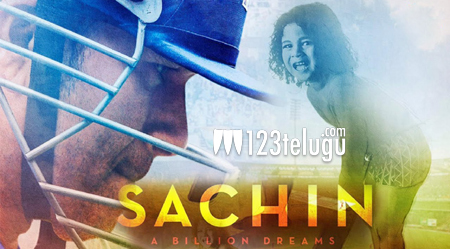 This Friday saw an overflow of emotions for a billion of Indians and cricket fans. Sachin: A Billion Dreams, a docu-drama biopic based on the life of the God of Indian Cricket Sachin Tendulkar, released on Friday to a thumping response from critics and fans.

Owing to the humongous stardom the legendary cricketer enjoys across the country, Sachin: A Billion Dreams released in Hindi, English, Telugu, Tamil and Bengali. According to the trade analysts, the film grossed a solid Rs. 8.40 crores on Friday and over 10 crore in Saturday, while the advance bookings for Sunday are phenomenal.

Sachin A Billion Dreams is directed by Emmy nominated filmmaker James Erskine and its music is composed by AR Rahman. Ravi Bhagchandka, Shrikant Bhasi and Carnival Motion Pictures have produced the movie jointly.