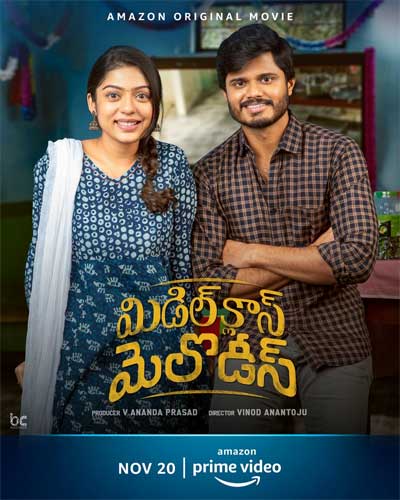 According to the latest reports, Amazon Prime has acquired Middleclas Melodies by offering a cool Rs 4.5 crore to the film’s producer Anand Prasad of Bhavya Creations. This is a solid deal for relatively newcomers who are part of the film’s cast and crew. Debutant Vinod Anantoju has directed the movie, which will stream on November 20.