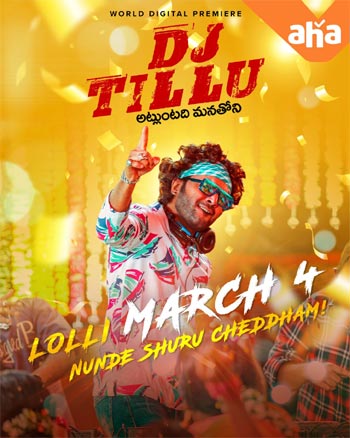 DJ Tillu is now streaming on AHA and has been getting solid reception with good views already. The film is a comedy caper and was missed by many during the release due to Covid.

But all those who have missed the film are enjoying it on AHA. The manner in which AHA has also promoted the film has given the film a new release kind of a buzz.

Siddhu Jonnalagadda and Neha Shetty played the main leads in this film which is a crime thriller filled with comedy. Sithara Entertainments have produced this film while Thaman scored the BGM.