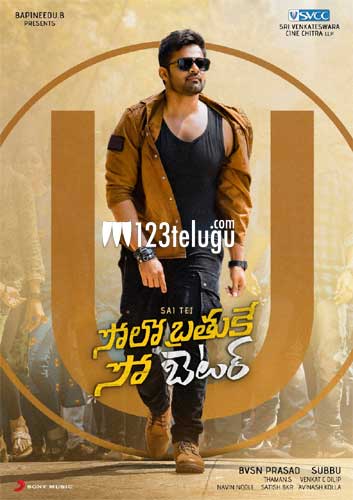 It is a known fact that Sai Dharam Tej is doing a film called Solo Bratuke So Betteru in the direction of a debutante named Subbu. The unit recently completed the film’s shoot post the lockdown was lifted.

The latest we hear is that the film has completed its censor formalities with a clean U certificate. The romantic comedy has Nabha Natesh as the heroine. Rao Ramesh plays the most integral part of this film.

But the interesting aspect here is that the makers have not confirmed the release date. The film was supposed to be out on the OTT platform but as the theatres opened, things changed. So, when will the film come out is the big suspense as of now.