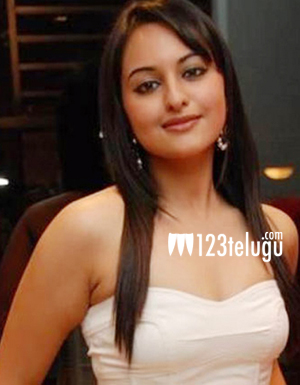 We all know that Sonakshi Sinha is shooting for Rajini’s magum opus Lingaa in Hyderabad and Sonakshi, who was quite enjoying the show, has now finished the Hyderabad part of the schedule. She tweeted about it saying, “It’s a schedule wrap for Lingaa in Hyderabad today, home for a few days then I have to show my ‘Tevar’ again. @arjunk26 baba be ready”. Incidentaly, Rajini has praised Sonakshi for her performance in ‘Lingaa’.

Sonakshi has been a part of several big ticket Bollywood flicks and she already has several films in the 100 crore club. This is the first time that she is venturing into south Indian films. Her next film in Bollywood is a remake of Okkadu titled ‘Tevar’ in which Arjun Kapoor will be reprising the role of Mahesh Babu in this Bollywood flick.