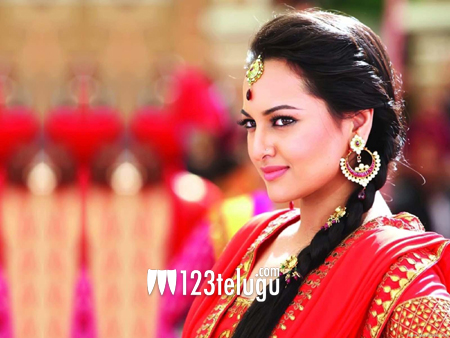 RajiniKanth’s next film Lingaa, had finished majority of its shooting at a lightning speed and the dubbing is progressing faster than that. With the news of Rajinikanth finishing his part of dubbing in a record 24 hours still fresh, Sonakshi Sinha who is one of the heroines in the film has also finished her part of the shoot as well.
She thanked the entire team of Lingaa for having her as a part of their team and giving her a fantastic opportunity to learn a lot. The movie which was launched just a few months ago is almost complete and could be releasing on December 12th on the occasion of Rajini’s birthday. This is really a great achievement for a big hero’s film to be completed in just around 5 months’ time.

Directed by K.S.RaviKumar, Rajinikanth is paired opposite Sonakshi Sinha and Anushka Shetty in this action oriented film. Rockline Venkatesh is the producer of the film.