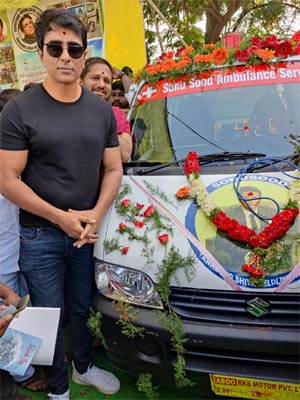 The manner in which Sonu Sood is winning the hearts of many has become daily news. The other day, he was seen gifting mobile phones to his team members in Hyderabad.

This service was launched today by Sonu himself at the Tankbund area in Hyderabad. These services will be free for the people of Hyderabad and Sonu vows to increase the number of vehicles in the days to come.